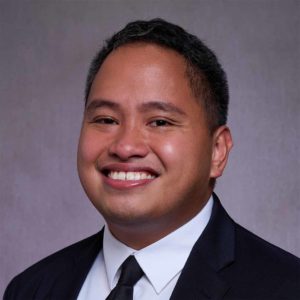 Home Parish: Our Lady of Mercy

My First Holy Communion in 1999 left such a profound impression on me that I became enamored with the sense of the sacred up to the point of imitating the Mass at home. Then, I eventually became active in our parish as a volunteer – following in the footsteps of my mother and my aunt. Despite other people mentioning the priesthood to me as a possibility, having seen a sort of “potential,” which I did not see (or rather, refused to see) in myself, I ignored their remarks as I was determined to pursue a career in IT and perhaps begin a romantic relationship so I could ultimately get married and raise a family. Nevertheless, the feeling of being connected with Christ in the Church never left, and I continued volunteering in our neighborhood parish, even after migrating to the United States and shifting careers. A turning point came in 2019 when, in my lowest of low points, I was faced with the question of what to do with the rest of my earthly life. I resolved to keep serving God, and so initially, I planned to apply for the Permanent Diaconate program, but a few priests with whom I consulted on this matter suggested that I hold off on the application and prayerfully consider if maybe the priesthood is where the Lord is calling me after all. After spending the majority of the COVID-19 lockdown in prayer and reflection – having decided to actually and properly discern my vocation – the Holy Spirit finally encouraged me to take the next necessary steps forward in following God’s call in my life.

In 2011, I graduated with a bachelor’s degree in Computer Science from the University of Santo Tomas in the Philippines and worked for four years as a technical consultant at Hewlett-Packard until our family migrated to the U.S. Once here, I transitioned to a career in the food industry, working for four years at Guckenheimer as a front-of-house server and then as a micro-kitchen supervisor.

St. Joseph, to whom I owe my discernment of a priestly vocation; and St. Faustina, by whose humble obedience the Divine Mercy devotion became known to all the faithful.

My top three: Divine Mercy in My Soul by St. Faustina, Imitation of Christ by Thomas à Kempis, and Life of Christ by Venerable Fulton Sheen

Becoming a spiritual father to the people entrusted to his care is a facet of the priesthood that I am mostly drawn to. “All men are called to be fathers” after all, and so God willing, I will be gifted with the opportunity to pass on to others the beauty of our Eucharistic Lord and the sense of the sacred in the Holy Sacrifice of the Mass, just as it had been passed on to me in my youth.

First and foremost, stay close to Jesus, Mary and St. Joseph in prayer. Then, reach out to your pastor, your spiritual director or the vocations director and just talk about what’s on your mind so that they can help guide you. If the opportunity presents itself and you’re available, go to discernment nights and retreats. Finally, keep your family in the loop. In short, never discern your vocation alone.

One more piece of advice that I wish to pass on is something that has helped me tremendously throughout this entire process: remember that discernment is not one big “yes;” but rather, a series of small “yesses” that you must give every step of the way. Our primary vocation is holiness; how we get there is what we should ask God for the grace to respond to each day in whatever way He asks.