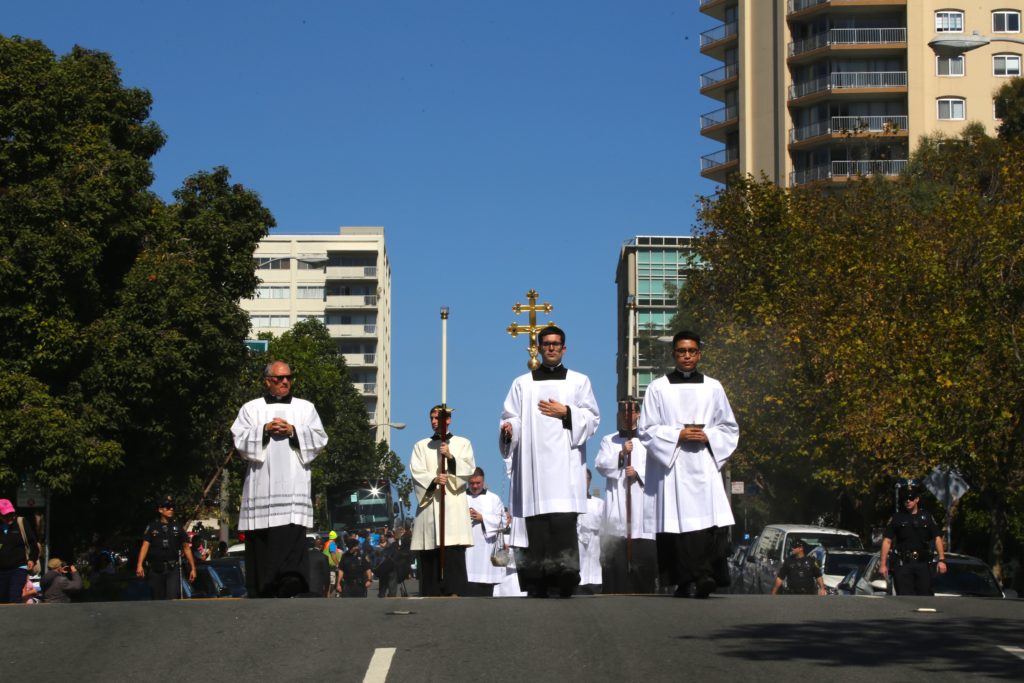 There are three main stages in the process of becoming a priest:

The first stage of becoming a priest is discernment. The priesthood is a vocation, which means a man is called by the Lord; it is not a job he simply chooses. Discernment is a time of prayer and reflection on the part of the man and the Church to determine if he is called to this particular vocation. To have a relatively certain sense that a man is being called, the Archdiocese looks at the initial priestly discernment to last at least several months to a year. More information can be found in our discernment section.

The second stage of becoming a priest is applying to the formation program. When the Church and the man believe he is ready to take the next step in discernment, he is invited to apply for priestly formation for the Archdiocese. There are several parts of the application process. These parts include writing a brief autobiography, interviewing with clergy and laity, health evaluations, and requesting letters of recommendation. After examining the materials, the Archbishop will determine if he will sponsor the man for priestly formation. When the Archbishop gives his approval, a candidate will interview at the seminary, and if accepted, begin his studies. Men discerning normally begin the formal application process in the winter and complete their seminary interviews in the late spring or early summer (though this timeframe varies).

The final stage of the process of becoming a priest is seminary formation. In the seminary, men focus on four areas of formation: spiritual, intellectual, pastoral, and human. When a man enters the seminary, he and the Church continue to discern his call to the priesthood as he is evaluated and formed for his future ministry. The seminarian regularly meets with  a spiritual director, normally a specially trained priest, who helps direct the seminarian to listen to God and discover where God is leading him. He also take masters-level classes, attends daily Mass and prayer, and in general, learns about the life and ministry of a priest.

Seminary formation takes a number of years based on the man’s educational background. If he has just graduated from high school, has not attended college, or only has some college credits (for example, junior college), he can attend a college-level seminary to complete a bachelor’s degree in philosophy. Then he will attend a theology-level seminary to complete theological studies.

If a man already has completed a bachelor’s degree, he will need to take some classes in philosophy in a two-year program called pre-theology. Then he will study the five-year theology program for a total of seven years before ordination.

The formation program of priests may seem to take a long time, but it is not just a time of learning information and facts. It is about transforming the man to become like Jesus Christ so he is prepared to received God’s grace to teach, lead, and sanctify the People of God.